In business since 1965, we are proud to provide towing, auto repair, auto parts and services to the people of North Branch, Michigan and surrounding areas. We operate a fleet of six tow trucks, a two-acre towing and storage lot, 6,000 square foot building to house the tow trucks, we are a Napa Auto Parts Store and perform general auto repair on cars and light trucks, our tow trucks are very well maintained, clean and modern. Operating 24-hours a day, 365 days a year, we are always prepared to answer your call during emergencies. Being broken down along the side of the road is unpleasant, minutes seem like hours, and the dangers of being stranded on the road increase with every passing moment. Expect fast reliable service from Yakes Towing anytime you call for emergency service.

Providing everything from towing to auto repair, North Branch’s Yakes Towing is always ready to respond to your call. Being a family owned and operated company since 1965, we treat your vehicle as if it was our own, our tow trucks are very well maintained, clean and modern. We provide off road recovery, we also are equipped to handle heavy recoveries, such as farm/construction equipment and commercial semi-trucks.

In early October of 1965, Leo Yakes was working as an engine machinist/mechanic in Caro, Michigan. He was approached by his boss Andy that day, who said, “Let’s go for a ride.” They left for a short ride to North Branch. Andy told him this town needed an auto parts store and towing. Leo, having a family, knew it was a big risk but Andy had faith. They shook hands, and at that point, a family business was born. The first few years were quite a struggle establishing parts inventory and clientele, obtaining the first homemade built tow truck (a 1966 Ford Pick-up) and raising a family all the while. Leo and his son Ron fabricated a hand crank winch and boom to tow cars in for repair. In 1973, a used Ford Tow truck was purchased. Then, in 1974, a Medium Duty tow truck was also bought to tow school buses and heavy trucks. The first brand new tow truck was purchased in 1975. As years passed, the company grew and, in 1978, auto repair and towing was moved to a new location along with a heavy duty tow truck being added for semi-trucks. Then in 1984, the auto parts store was moved to where the auto repair and towing are located now. In 2005, our towing sector was expanded to a 2-acre storage lot along with a 6,000 sq. ft. facility. And we’re still expanding— With a 50-ton Rotator that will be added to the fleet in 2018!

Got the job done quick and were very pleasant to deal with and it was freezing and in the middle of the night!!

Always reliable when needed and a pleasure to work with!

They were awesome big thanks to them! 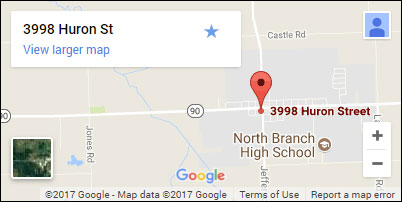